Choosing anti-fouling for the hull is always stressful for the boat-owner. There is now a highly innovative solution: the new anti-fouling films with long-lasting seal, quick to apply and super-ecological.

What are the main advantages of anti-fouling film?

Choosing anti-fouling for the hull is always stressful for the boat-owner. There is now a highly innovative solution: the new anti-fouling films with long-lasting seal, quick to apply and super-ecological.

What are the main advantages of anti-fouling film?

It’s ecological: one of the worst aspects of classic anti-fouling coatings is that they are extremely polluting, both for the highly toxic powders and vapours released during removal of the old paint and application of the new, and due to the normal process of deterioration that inevitably occurs at sea. The anti-fouling film, on the other hand, does not release biocides into the water, and does not give off polluting vapour while being applied, which is extremely toxic if inhaled.

It lasts longer: normally, anti-fouling treatment has to be repeated about every 2 years, and even more frequently if the boat is at risk of osmosis. The anti-fouling wrapping has an expected life-time of 5 years. This significantly reduces the expense of launching and hauling, and means you can set off the costs involved in applying traditional anti-fouling paint.

It’s waterproof: this coating is an adhesive film. Its multi-layer silicone structure creates a real barrier between the bottom of the vessel and the water, protecting and preserving the hull. It’s also perfectly smooth, reducing friction with the water, and since it’s extremely light it improves the boat’s performance, leading to estimated fuel savings of around 6%.

It’s self-cleaning: the silicone makes it very difficult for barnacles and seaweed to attach themselves to the hull. If used throughout the year, the boat will self-clean, simply by the movement of the hull through the water. If the boat has been laid up for a few months, you may notice a light deposit of muddy silt, but this can be easily removed with an ordinary sponge.

But are classic anti-fouling paints now a thing of the past?

Only time will tell. Indeed, anti-fouling wrapping only came on the scene in 2017, and so it’s still too early to have definite proof of its performance and durability in seas such as the Mediterranean.

However, we believe that the results so far are very promising. The wrapping is suitable for all types of boats under 130 feet, and which do not travel above 30 knots. In 2018 we did a test; we placed a metal plate covered in wrapping between the piers of the port of Cagliari (Su Siccu), and constantly monitored its condition. The video shows the result after a period of 12 months..

An alternative to anti-fouling paint: here’s the latest ecological solution for a well-protected, high-performance boat. 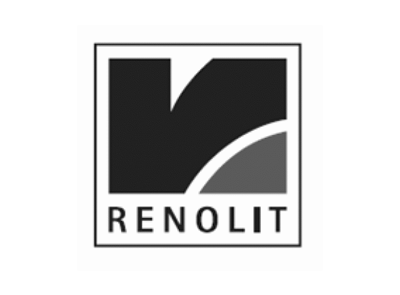 We are expanding our supplier base, stay tuned!

Contact us to receive a free quote for our wrapping service